So you're moving here to the Fort Walton Beach Destin area. What we're going to go over today is where the heck to live. So what we're going to do today is talk about the six main areas that you can look forward to. Today, we're here in downtown Fort Walton. So I'm just going to show you around to see what that is. You could probably hear the traffic next to me. This is the main drag, Highway 98, that pretty much connects us entire area. So as we continue to talk about this, we're going to see what's good places for singles, good places for families. We'll talk about commutes to different areas, and all really just the stuff to do, and, of course, the main reason that people move here other than work, it's going to be the beaches. So let's talk about the different areas that we do have out here.

We have Crestview, which is in the northern part of our area. As I had mentioned before, we do have Fort Walton Beach, which is central. A little bit further west, we have the Navarre-Gulf Breeze area. Off again, a little bit north from here, we have the Niceville-Valparaiso area. Just as we start moved to the east, we have more of the Destin and Miramar Beach. And we're going to go a little bit over each. Now, one of the things that you're really going to love about this area is that it still has access to the beach, but it is still not a really overgrown area like you're going to see in Miami or Fort Lauderdale. It's actually still got a little bit of a country feel to it. As you can see, there's beautiful parks around here. And it also has access to the Sound, as you can see behind me as well, along with the actual beaches over the Okaloosa Island, which again is part of Fort Walton Beach. But we're going to go over some of the pros and cons for staying in each of these areas.

One thing I really enjoy about this in the Fort Walton Beach areas that it's central to everything. No matter where you go, you're going to have to try to get there. Except the great thing about Fort Walton is that you can actually navigate your way through different places. Being in certain other areas that we'll talk about, you're subject to the highways that go through there, just because the Eglin Air Force Base takes up so much of it. However, some of the cons for this area is that the housing and some of the areas are eclectic. What I mean by that is you might have a beautiful house here on the water, on the Sound, and then, of course, you might have a $300,000 house across the street from that six blocks from a trailer park. This entire area can be like that. However, the newer developing areas can be a little bit different.

So let's go ahead and talk just a little bit about our Crestview area. Now, that area actually is the most affordable for housing around our area. It is a little bit of a trek up north. There's one highway that actually takes us all the way up there. But the great thing I love about that is just the affordability of homes, of newer homes, is absolutely fantastic. You can get the best bang for your buck up there. There's some really nice restaurants too that I enjoy frequenting up there. They do have a great Chick-fil-A, but they do have some great local restaurants too as well. Now, one thing that can be a little bit trying as traffic can get a little bottlenecked during peak times. Now, let's talk a little bit about the Niceville area that we have. Now, it's a little bit more of an affluent community and you get a whole array of multi-million dollar properties out on the bayou, out on the bay, as well as a traditional housing.

The reason that people really love that area is it's a little bit more on the up and up. And, of course, the schools, the schools are best rated in our area. Now, if you want to go out and check out that area, it is fantastic. If you're a boat enthusiast, they've got lots of different clubs for you to check out there. All right, so the next area that I'd like to tell you about is going to be out in your Navarre area. Now, Navarre area is really nice when we start talking about real estate. It's usually much bigger lots, newer builds. Of course, a little bit less affordable than what you're going to see up in our Crestview area, but the schools are nice. The area is real nice. It's a really developing place. The one thing I really like about it is the access to Navarre Beach, which is really not very developed quite yet. And it's also right in between the hotspots, which are out in Destin, where most people go, or out to Pensacola, which is a little bit bigger city than our Destin neighbor there.

So let's just talk a little bit about the places to go when you're thinking about, hey, is this going to be best for the family? Is this going to be best as a single person? Now, I can tell you that probably for the most happening area around here it's going to be, as we had mentioned before, the Destin area, only because it does have the Harbor Walk, it has the most restaurants and bars, and it has probably the most to offer that community. Now, also know that Destin's closest to where the beaches are. We also have Crab Island, which is a really nice place for you to go out if you have a boat or a friend with a boat. That's what I like, is friends with boats, and you can go out there and the water's usually waist deep, and it's like a big party out there. It's absolutely amazing out at that time. Now, a little bit further on Miramar Beach, it's a little bit less active, although that's where you're going to see most of that community.

Now, some of the other areas that you can go for is for the family areas. Now, some of those family areas the best, well it's debatable, but if we're looking for affordability, bigger houses, newer houses, the first area that you're going to be looking at is probably going to be up in Crestview. After Crestview, as far as affordability and area and space, we're going to be looking closer to Navarre. Now, if you're looking for the absolute best and money's not the object, of course, it is very arguable that your best for families is going to be in Niceville, only because they've got the best schools and systems out there. When you're on Okaloosa Island, it's impossible to forget about the beautiful beaches that are out here. You'll also note that along the gulf is where we see most of our condos, our beach side condos. There's also [Copal 00:07:48] on the Bay as well, but here's where you're going to see most of the vacation rentals, and check out all our other videos to see more.

One thing I do love about Destin is the Destin Commons. It's an outdoor mall that they have out here. They've got working water fountains, movie theaters, of course, Starbucks, and all sorts of awesome things out here and shops for you to go check out. Just down the street from here is also an area for all the outlets and things for bargain shopping if you're into that sort of thing. But I'm going to go and grab a coffee and we'll see ya. Well, that's all that we do have today for our Where To Live When Moving to the Destin Fort Walton Beach Area. If you want more information on it, please comment below. You can send us an email, see what we can do for you. If there's something else you'd like us to make a video on, please do let us know. Or if we don't already have it, I'll personally go out there and video it for you. 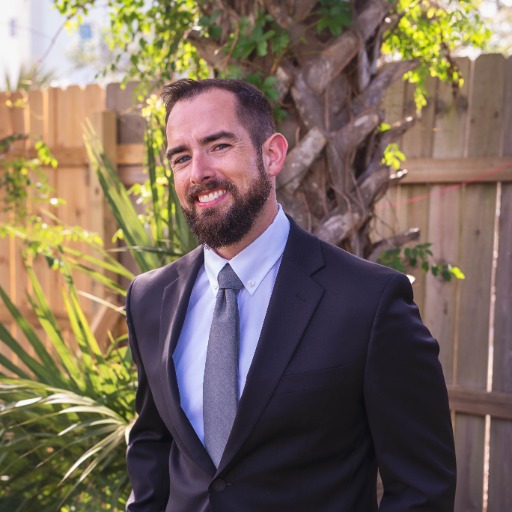 Tim, originally from upstate New York, moved to Fort Walton Beach in 2012 from a military assignment with the Air Force. Tim’s accomplished 14-year career ended in 2016 where he then started servici....

Oakwood Ohio Living Pros and ConsSo you're moving here to the Dayton area and you're considering moving to Oakwood, but you're curious what the pros are and what the cons are for living in this.

Where to Live in Dayton Ohio

Where to live in Dayton OhioSo you're thinking about moving here to Dayton, Ohio, and you're wondering where to live at. Lucky for you, we came up with the top 10 places for you to live here in the

The Make Up of Dayton OhioSo you're moving here to the Dayton area, and you're wondering what the makeup of the area is, pretty much where stuff is at. Well, in this video, my team and I came up

By registering, you agree to our terms of use and that real estate professionals and lenders may call/text you about your inquiry, which may involve use of automated means and prerecorded/artificial voices. You don't need to consent as a condition of buying any property, goods or services. Messages/data rates may apply.